Capturing the fleeting moments of a wave’s journey to dissipation, Ray feels more at home floating in saltwater with his camera than anywhere on land. Freezing the ephemeral relationship between water and light is what drives and inspires him to clamber out of bed in the dark each morning to celebrate the sun rising over the sea.

Having only bought his first camera in 2007 to shoot his friends surfing around home, within a few short years Ray progressed to having companies such as Apple, Nikon, United Airlines, Isuzu, Qantas, Patagonia, National Geographic and Red Bull using his unique signature seascapes across their international campaigns. 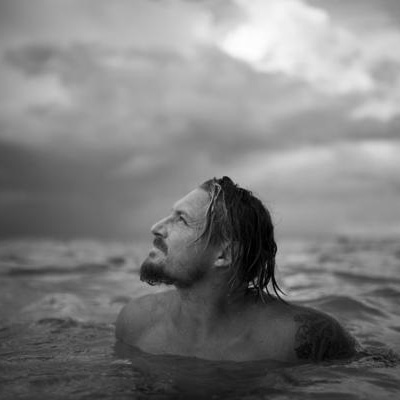 Ray has been the recipient of the prestigious ‘Follow The Light Grant‘ (2009), placed 1st, 2nd & 3rd in the ‘Australian Surf Photo of the Year‘ (2012), Semi Finalist in the ‘Moran Portraiture Prize’ (2012) named ’Emerging Sport Photographer of the Year’ (Capture Professional Photography Magazine 2013) Runner Up ‘Ocean Geographic – Pictures of the year’ (2013), Placed 1st in the ‘California Academy Of Sciences – Big Picture Awards’ (2014), Portfolio Of The Year ‘The Inertia’ (2014), ‘Overall Winner’ and ‘Best of Show’ in ‘The Ocean Art Photo Competition’ (2015), Shortlisted Finalist of The Terry Oneill Photography Award (2015), 1st Place ‘Australian Surf Photo of the Year‘ (2015), ‘Juror’s Award’ – ‘The Center for Fine Art Photography – USA’ (2015), Shortlisted Finalist for the prestigious ‘Smithsonian – Annual Photo Contest’ (2015). Winner ‘American Aperture Awards’ – Landscape/Seascape/Nature (2015).
Ray’s work has been featured by Vogue, Wired, New York Post, Yahoo, CNN, ABC (USA), ESPN, The Australian, Huffington Post & BuzzFeed and can regularly be found in Art, Lifestyle, Sport and Photography Magazines around the world, his Seascapes have been exhibited in galleries and museums throughout The United States, Europe, The UK and Australia.