Has over the course of his twentyfive-year career photographed many of recent history’s defining human rights and conflict issues. Grarup’s work reflects his belief in photojournalism’s role as an instrument of witness and memory to incite change, and the necessity of telling the stories of people who are rendered powerless to tell their own.

His images of the Rwandan and Darfur genocides provide incontrovertible evidence of unthinkable human brutality, in the hope that such events will never happen or be allowed to happen again. His work, The Boys from Ramallah and The Boys from Hebron, covers both sides of the Intifada expressed through the lives of children coming of age amidst the violence. Grarup’s work takes the viewer to the limits of human despair, dignity, suffering and hope. His images are relevant to us all, because they form a chronicle of the time in which we live, but at times do not dare to recognize.

Grarup has been honored with many of the most prestigious awards from the photography industry and human rights organizations,

including:8 World Press Photo awards, UNICEF, W. Eugene Smith Foundation for Humanistic Photography, Oskar Barnack award,  POYi and NPPA. In 2005 he was awarded with a Visa d’Or at the Visa Pour l’Image photo festival in France, for his coverage of Darfur’s refugee crisis.

Jan Grarup is represented by LAIF agentur in Germany, and is based in Copenhagen – Denmark 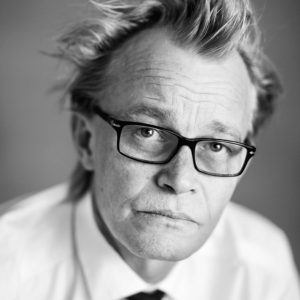